Schlössertour Greiz - Parks and Gardens and the BUGA 2021 in Thuringia

A tour of palaces in Greiz

Many people make lists of the places they’d like to visit. Often they don’t list countries but rather specific curiosities, extraordinary locations or obscure insider tips – the highest town in Europe, the oldest trees in the world and so on. One day I was indulging in two of my passions, a nice cup of tea and a gripping novel.

In this case, a historical tale of love and passion – and the scandal of a noble family who were cheated out of their inheritance. Nothing too demanding, but a real page-turner. And then I began to wonder which principality was the smallest in Germany and whether I would be able to visit it. My trusty search engine provided the following information:

The town of Greiz in Thuringia used to be the capital of Germany’s smallest principality, the Principality of the Reuss Elder Line. Greiz looks back on more than 800 years of exciting and turbulent history, one of progress and prosperity but also many a tragedy.

Given my earlier reading matter, the mention of ‘many a tragedy’ was right up my street, of course.

A booming textile industry of world renown had a profound effect on the town, reflected in everything from its little weavers’ cottages to the grand villas of the factory owners. Traces of this great prosperity are still evident, and the monarchy has also left its marks. A total of three splendid palaces today bear witness to the splendour and glory of the House of Reuss.

Three palaces in one town? Brilliant. And just like that my bags were packed.

Upper Palace – sitting in splendour high above the town

As I arrive In Greiz, I’m greeted by the sight of palace number one, high above the town. Conveniently, it is simply called ‘Upper Palace’.

Originally a medieval castle inhabited by the lords of Weida and Plauen, the Upper Palace was the residence of the Princes of Reuss until the 19th century. A sensational find during restoration work dates part of the buildings back to the start of the 12th century. Pretty dusty, but also pretty legendary, as is the view from up here. After a public guided tour through the palace and its grounds I treat myself to a short reading break by the White Elster river, which winds its way idyllically through the town. I get a nice view of the surrounding area, and it’s a perfect spot to continue my racy novel.

Lower Palace – a gem in the centre of town

Just like in my book, Greiz also seems to have fallen foul of an inheritance partition. This led to the creation of palace number two, pragmatically know as ‘Lower Palace’, in the 16th century.

One interesting feature is an onion-domed tower, an alteration dating from the 19th century. Inside the palace, you can see the living quarters and reception rooms of the prince’s family as well as temporary exhibitions. The former royal kitchens contain a display workshop, ‘Greiz textiles – from craft to industry’, which showcases the history of the local textile industry. Hmm, that Reuss lot were pretty clever really. Perhaps the gift shop might have a novel about them…

I’ve got a bit of time left before I leave. Palace number three is actually a summer residence. Handy when your principality is this small. When you’ve got so little space, clearly the answer is to just build three palaces in one town! 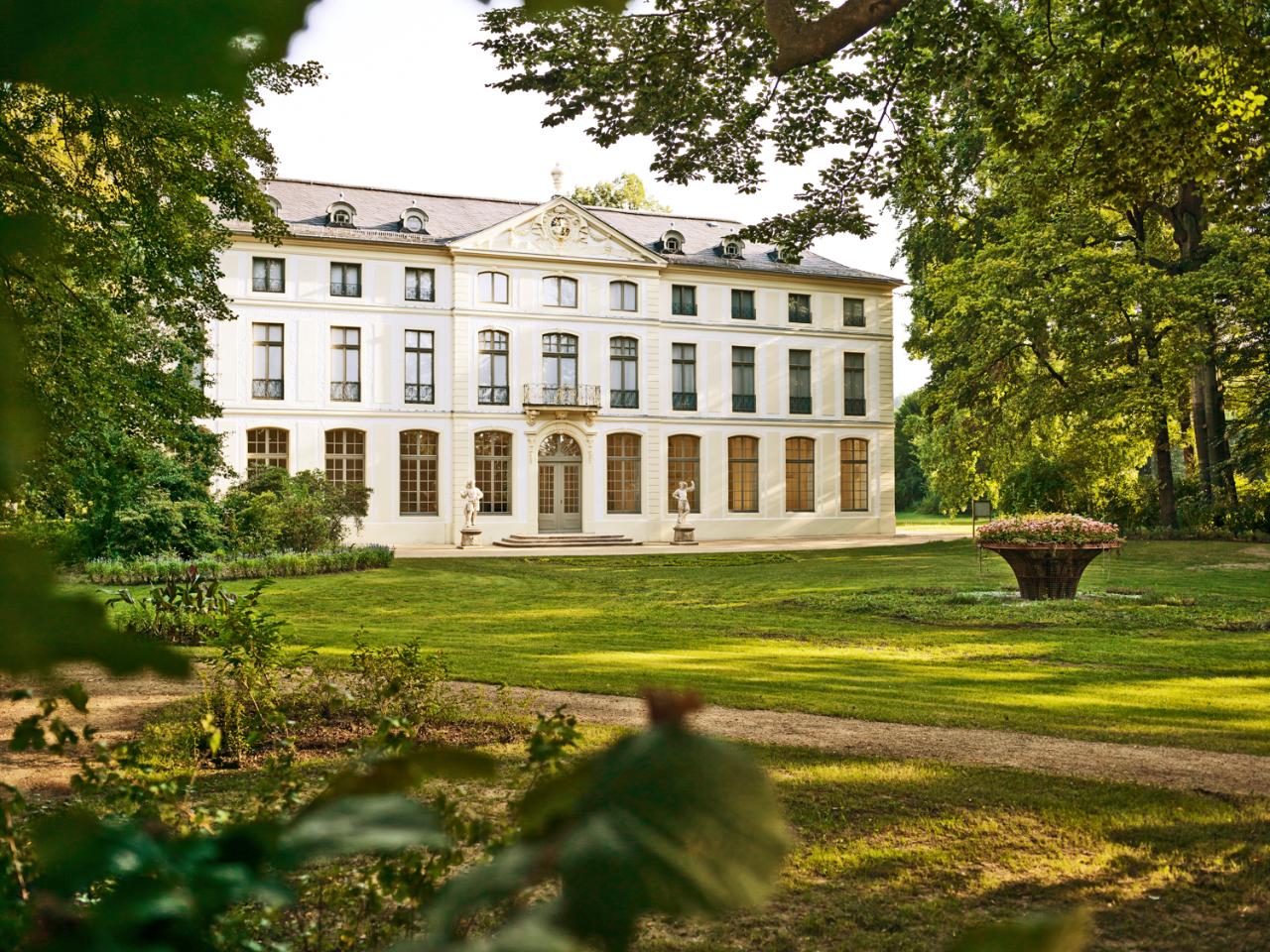 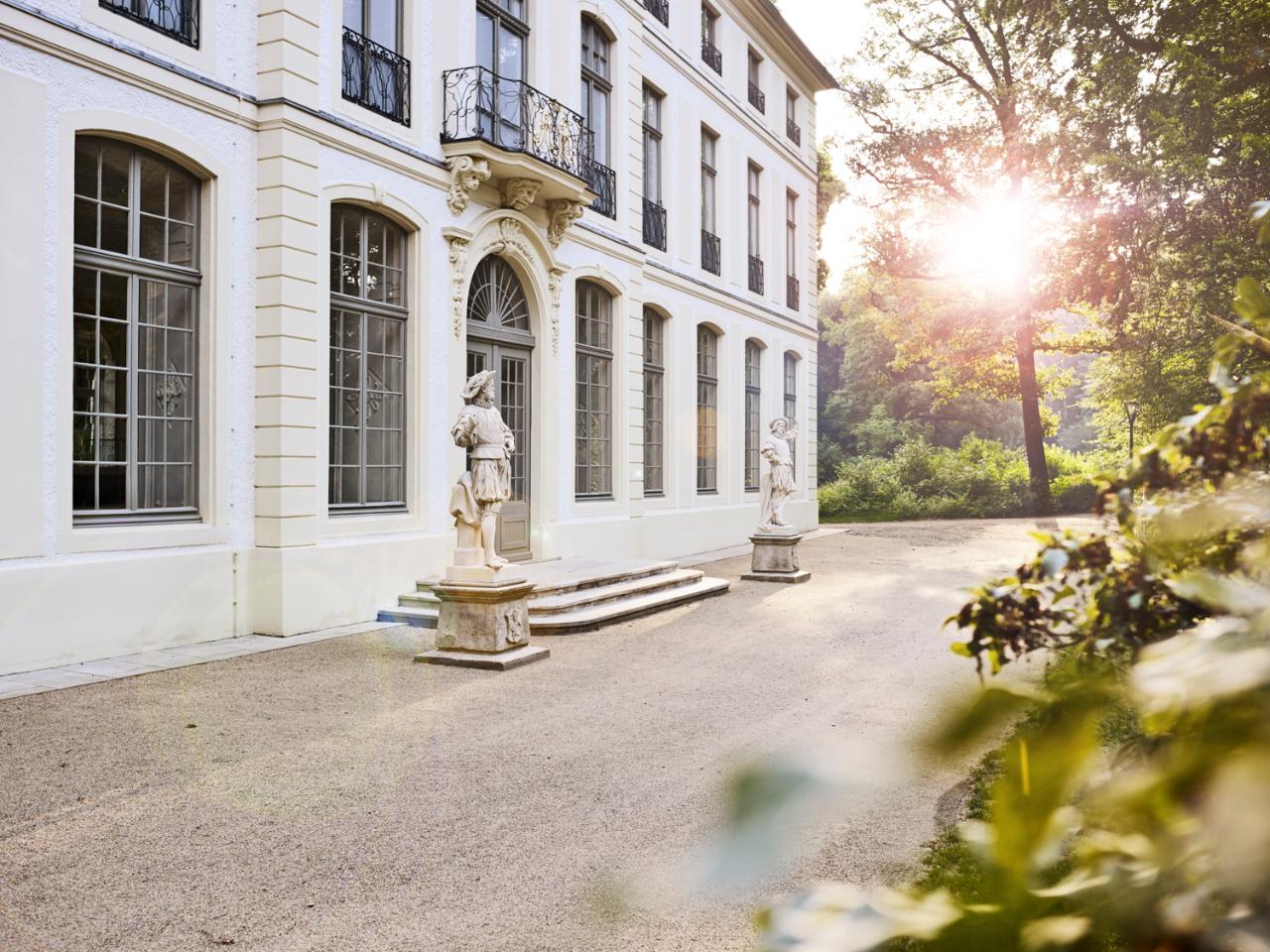 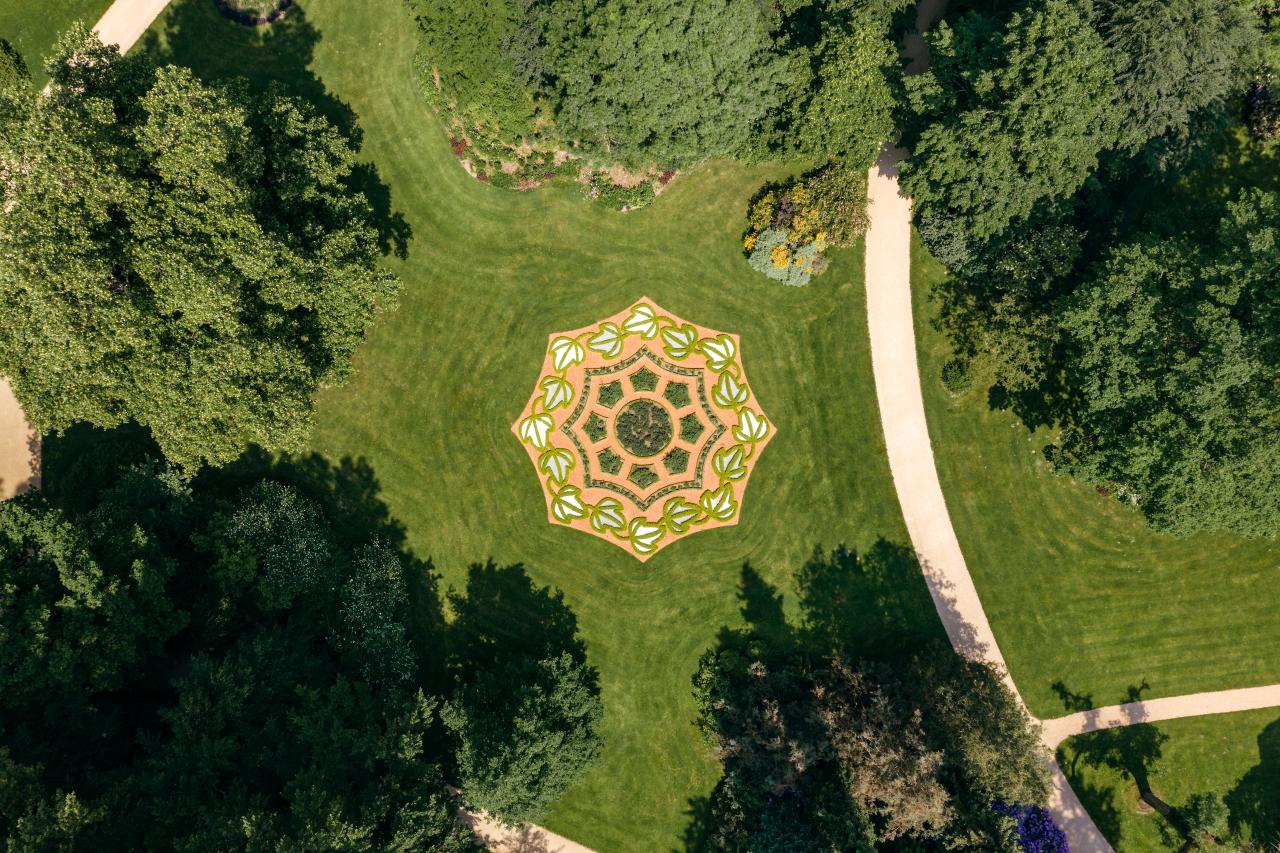 On the western edge of Greiz but still near the town centre lies a cultural monument of national significance – Royal Greiz Park. Set in the valley of the White Elster river and covering an area of 43 hectares, this is one of Europe’s most beautiful landscaped parks. It is also the location of the Summer Palace, where the prince’s family could take refuge from courtly life. This is reflected in the inscription on its gable, ‘Maison de belle retraite’. I am delighted to find that the palace now houses the state collection of books and copper engravings. The royal library contains almost 35,000 volumes, some with truly remarkable scientific content. The Satiricum, a self-contained section of the museum featuring an exceptional collection of caricatures, is a treasure trove of barbed humour. What a great way to round off my day.

Satiricum: Poking fun at the powers that be

In Greiz, East Germany’s ruling Socialist Party permitted what would have been unthinkable in cities such as Berlin, Leipzig or Dresden. Namely political caricatures, from the bold to the bawdy. These were displayed at the Satiricum, which opened in 1975 at Greiz’s Summer Palace. The collection also has famous treasures from other eras. Many of them belonged to the House of Reuss. The princes acquired works by important artists such as Hogarth, Chodowiecki, Gillray and Daumier. The Satiricum also holds works from the Weimar Republic and from reunified Germany.